Montauk Brewing Co. started simply. Two childhood friends, who grew up in the seaside Hamptons town of Montauk began home brewing as teenagers in one of their family’s basements in 2009. Fast forward several years—and hundreds of kegs later—what started as a hobby for the trio morphed into a successful craft brewery in the Northeast that’s rapidly expanding to the rest of the country. “For years we were home brewing and making beer for barbecues with friends,” says Vaughan Cutillo, who, along with long-time friends Joe Sullivan and brewmaster Eric Moss, opened Montauk Brewing Company in 2012. “We always knew that we would someday do something more.” 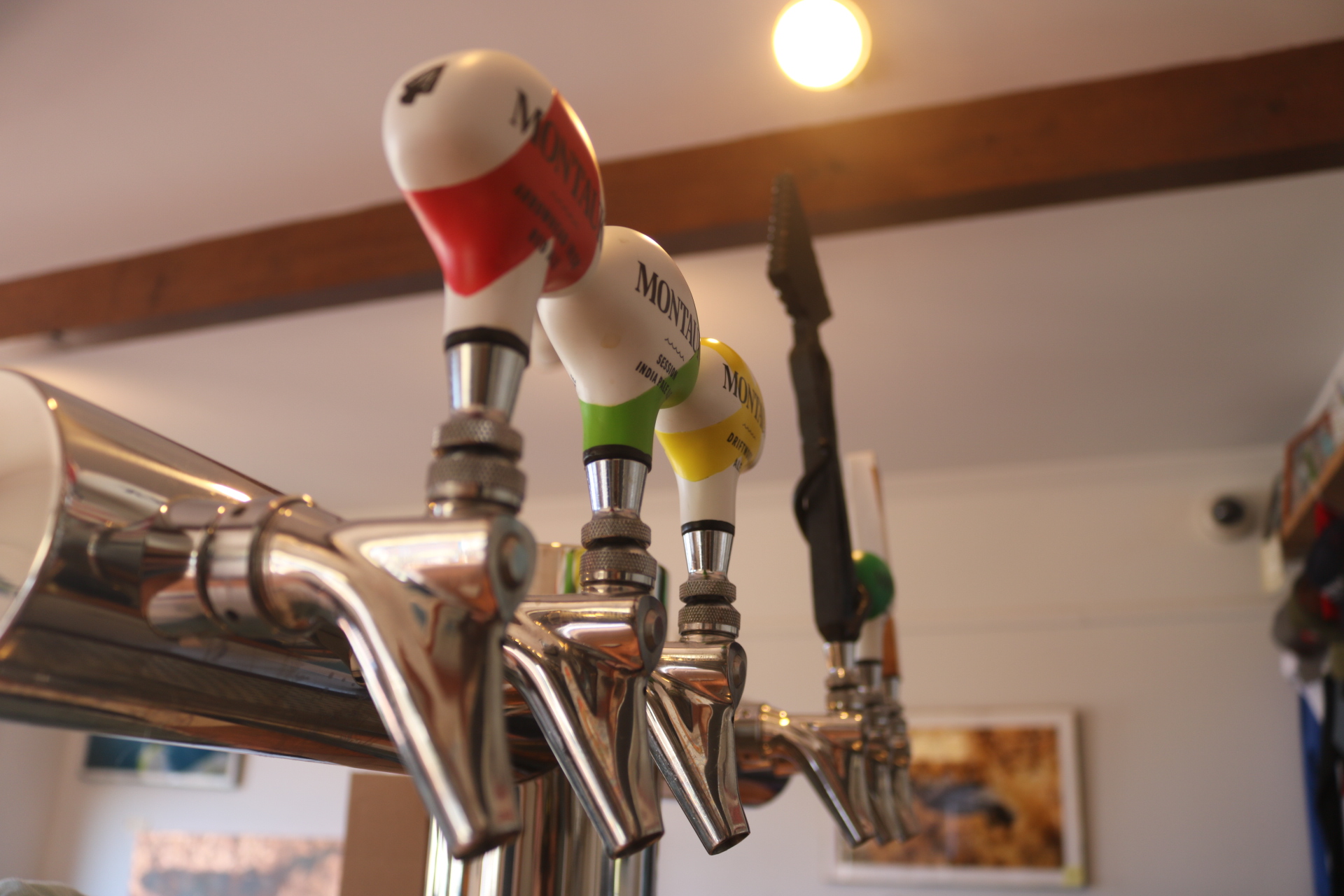 “More” meant the creation of more than 11 batches of beers ranging from a hoppy IPA to the brewery’s signature Driftwood Ale, a smooth and refreshing take on an English Pale Ale. Local is everything to these hometown boys: the brewery’s tasting room is located in Cutillo’s dad’s former woodworking shop in the heart of downtown Montauk while the ingredients in each brew are sourced as much as possible from local farmers to really hone in on the seaside flavor. One such hit: a scallop stout created using locally-harvested scallops and boasting a subtle briny finish to it.

Though there’s no food in Montauk Brewing Co.’s tasting room, Cutillo says that their beers pair extremely well with meals. “People are used to pairing wine with their lunch or dinner, but now many are more apt to pair a beer with their food,” he says. “To that end, we wanted to create beers that enhanced flavor, not mask it, brews that really highlight a chef’s capabilities.”

Here, Cutillo weighs in on how to best pair beer with food though he does offer this: “A good beer and a good meal go together regardless of what they are. If the flavor is there in both, you can’t really screw that pairing up.” 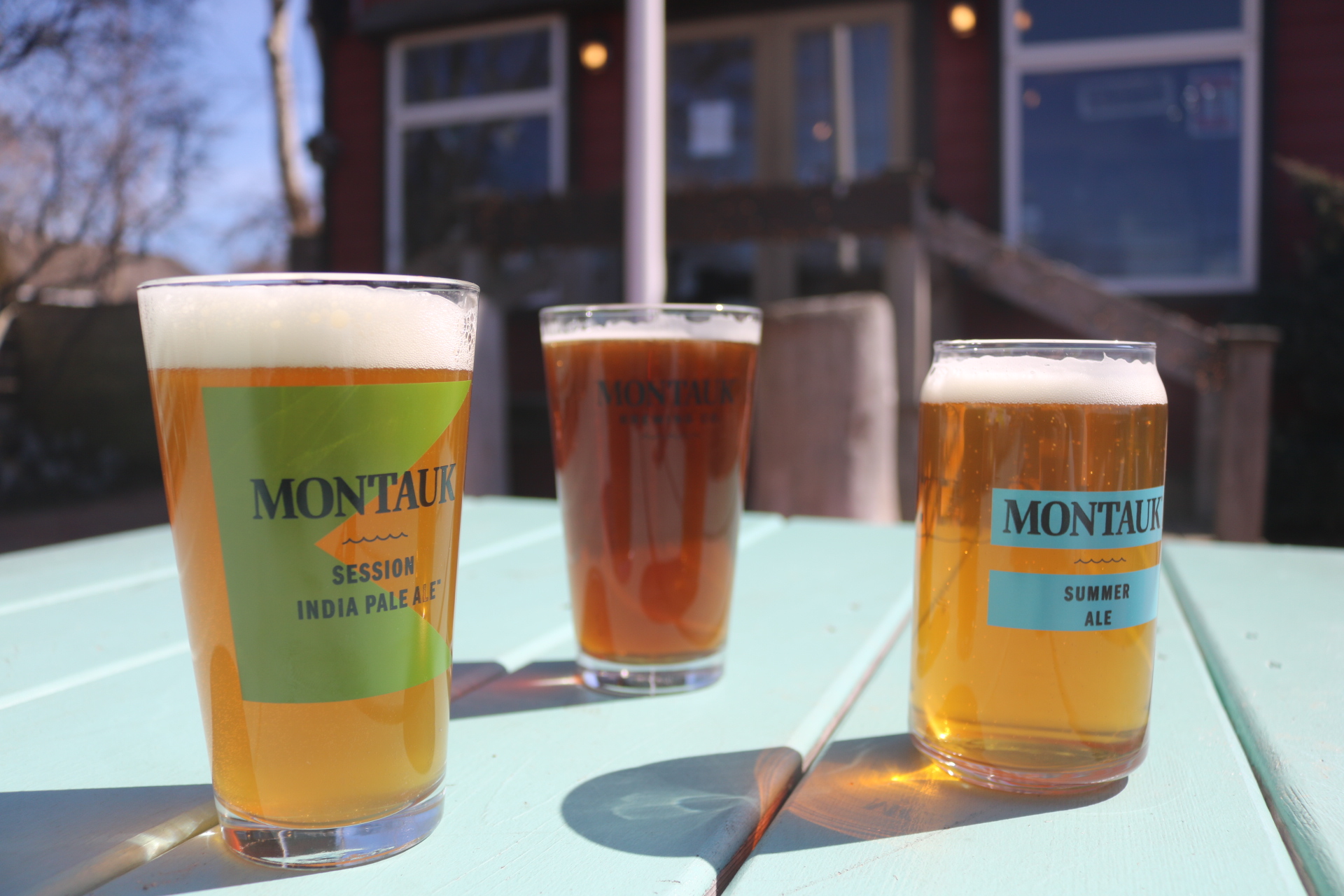 Pair It With: A Pale Ale like Montauk’s signature Driftwood Ale. “Our Driftwood Ale is so balanced between the malt and hops that it really brings out the flavors of a burger or a steak. It’s our most versatile beer.”

The Food: Fish and shellfish

Pair It With: A summer ale like Montauk’s Summer Ale. “A summer ale is a great well-rounded summer beer so it’s great for fresh seafood dishes. Our Summer Ale is 25% wheat malt so it has this sweet caramel finish to it that pairs incredibly well with seafood.”

The Food: Anything spicy: Cajun, Thai, and even hot wings

Pair It With: An IPA like Montauk’s Session IPA. “An IPA’s hops balance out the fire of a food. If it’s a really spicy dish, you’ll get the spiciness on the front end but those hops douse the fire in the back end.”

Pair It With: A dark beer like Montauk’s East Bound Brown Ale. “It has a lot of chocolatey, coffee flavor notes to it so it’s the ideal after-dinner beer. It looks like a stout or porter but it drinks lighter and pairs perfectly with dessert.”

No Older Articles
Next Article